The Evolution of Battle Rap

Throughout my exchange year at the University of Maryland, I was often involved in hip-hop battles. This is where you’d go head to head with someone in a winner-takes-all rap competition, where you come up with the lyrics there and then in what’s known as a freestyle. It would usually be a knockout format, culminating in a final one-on-one battle. Each battle would consist of two or three rounds and each round would have a different instrumental hip-hop beat to rap over. During each round each rapper would have an uninterrupted time period (usually a minute) to come up with clever insults against the other rapper and to brag about themselves. It sounds like very basic content, but there’s a lot of skill in coming up with rhymes on the spot and keeping them on point with the beat, never mind having to be more intelligent and witty than your opponents.

Due to the combative nature of battling there was a ‘no physical contact’ rule. To win a battle you had to fight fire with fire: how can you insult your opponent more, or – even better – how can you flip their insult into a compliment to you? Because there was more material to respond to and more thinking time, most rappers found it easier to go second in a freestyle battle. If I won the toss I would always elect to go second. I could make rhymes up in my head as the other rapper was doing their round, listening out for any substandard rhymes, which I could exploit when it was my turn. An added advantage would be that it meant I would get the last say, and so would be fresh in people’s minds when it came to crowning the winner.

There were fewer opportunities for me to battle in the UK, especially as I was not living in London at the time. So I focused on writing my own music and making an album. Although every now and then I would still get involved in hip-hop cyphers. Cyphers would involve a bunch of rappers making up rhymes on the spot, one after another. The aim was still to be the best lyricist, but with no judges and no official winner. I loved these cyphers and they showed that the freestyle element of rap was still very much alive in England.

A few years later, I entered a rap battle in London. It wasn’t a prestigious one and I don’t think there was any prize money. However there were about twelve rappers and to get into the final we all had to rap a sixty-second ‘freestyle’. I proceeded to make my rhymes up on the spot, whereas everyone else had pre-written rhymes. Of course their rhymes were more complex and more polished than mine, because they had time to write and rehearse them. If people came with pre-written rhymes during the freestyle battles I’d had in previous years, they would have been laughed or booed off stage. Here they were rewarded for what I saw as cheating. This was a watershed moment for me, I didn’t get through and I left the event early and hung up my hip-hop battling mic.

Last summer I got back involved in hip-hop battling through playing the lead part in a hip-hop play called Bodied. The director, Kevin Williams, sent me links to lots of hip-hop battles, mostly from a battle channel called Don’t Flop. At first I was skeptical of these MCs. For a start they were rapping acappella. How can something be hip-hop if you don’t have a beat? Secondly it was nearly all pre-prepared. But eventually I came to appreciate that some of these guys were brilliant. Their work was just different from what I was used to. Rappers like Professor Green and Doc Brown had made a name for themselves freestyling. If they were trying to break through today, they would find it harder. If you look up a freestyle rap on the internet nowadays, more often than not it will be pre-written. To write a freestyle seems oxymoronic to me, but the definition has just become more fluid. Battle rap doesn’t even claim to be freestyled anymore, it’s pre-written and proud of it.

Although I miss the spontaneous element of the old hip-hop battles, these new hip-hop battles more than make up for that in lyricism. Now it’s more like poetry. Most of the best battles are put on YouTube for the world to see, plus there’s no hiding behind a beat anymore, so rappers have to make sure that all their lines are great. Don’t Flop has over 400,000 subscribers and lots of them will watch these battles over and over again and comment on all the best and worst lyrics. At one time, you could get away with having basic lyrics as long as they flowed well on a beat. Not anymore. Lyrics are now king. Because you have had time to rehearse you are expected to come up with lots of intricate, multi-syllable rhymes. This is where two or more syllables at the end of one line rhyme with the two or more syllables at the end of the next line. You can also have internal rhymes, where words within the same line will rhyme with each other.

Due to its more complex lyrical nature, battle rap has now attracted some of the country’s best young rap poets like World Champion Slam poet Harry Baker who rhymed in a battle: ‘When it comes to friendly, southern poets I’m a monstrosity, ain’t pushing mixtapes I’m shotting anthologies.’ Not only have poets been embraced by the battle scene, but they’ve adopted the slang of rappers who’d previously borrowed from the slang of drug dealers. To ‘shot’ drugs is slang for selling them and many rappers would ‘shot’ mixtape CDs instead of drugs.

As well as poets being influenced by rappers’ slang, the osmosis is completed by rappers being influenced by the poets. When rapper Soljitsu ‘dissed’ Harry Baker for his poetry background, he ironically did so in quite a poetic way with, ‘This Baker makes dough with poetry I make dough by growing trees, not just smoking trees, that cocoa leaf that makes a product with a potency to turn motherfuckers into overdosing fiends.’ The lines between battle rap and poetry have become increasingly blurry.

Hip-hop has been poetic for years (there are lots of courses dedicated to its study in the US) but the battle scene hasn’t. This is because it’s nigh on impossible to be really poetic whilst making rhymes up on the spot. Now because of the preparation time encouraged and allowed, poets can flourish on the scene. People still genuinely freestyle the odd line, or they will freestyle if they forget their lines, but writing something beforehand is now not seen as cheating. Now rappers have time to prepare rhymes like: ‘My talent’s prominent, my lines have the hand of God in ’em, like acts of providence’ which the rapper and poet Craft D rhymed in a battle—a line that had even more punch because it was against a rapper named Heretic. Rappers may even prepare rhymes, or bars, on certain topics. This is just the middle of an epic rhyming scheme Harry Baker had on ‘sets.’ ‘I set out to set about, setting down this set scheme. I set off and I’ve seen the stages set aside to set the scene. You’ve got no bars, set free. I’ve come so far, settee.’

When I battled I would usually not have met my opponents before. Now you know who your opponent is weeks prior and due to social media you can find out lots about them. So the insults are now much more personal. Part of the challenge becomes second guessing what your opponent is going to say about you and having clever rebuttals for that when it comes to your turn. Or even better, pre-empting them. They say ‘sticks and stones break bones but words will never hurt you’ but I’ve seen rappers absolutely destroyed by their opponent’s lyrics. Being the only black kid at an all-white junior school made me quick with my words. If I got called Mars Bar, I’d call them Milky Bar. But now imagine the bully is also funny and clever and they can rhyme and you’re not allowed to punch them, how do you beat the bully with just your words? It takes a lot of skill to put yourself out there in that vulnerable situation. Do you bully the bully back or do you rise above their tactics and come at things from a different angle? Either way your lyrics have to be ‘on point’, because this isn’t hip-hop anymore, it’s poetry.

As well as rap, Jonny Wright has written for film, stage and television. He won the Brian Glover Award for his film Soldier Boy, and was shortlisted for the Alfred Fagon Award for his hip-hop musical Up North. His rap about Arsenal legend David Rocastle was accepted into the Black Cultural Archives. 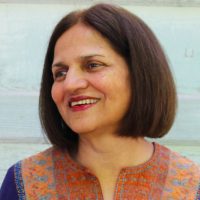 Rukhsana Ahmad speaks with John Siddique about her peripatetic childhood in Pakistan, how her concern for other people motivates her to keep writing across years and genres, and how she’s avoided the constraints of the ‘post-colonial’. 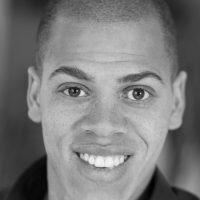 Jonny Wright: How I Write
‘What I and most modern-day rappers have taken from The God MC is that multi-syllable rhymes are one of the true measures of talent.’

Trish Cooke speaks with Caroline Sanderson about her Dominican heritage, her Yorkshire upbringing, how her parents’ love of stories inspired her as a teller of tales, and how her career kicked off in multiple directions all at once.