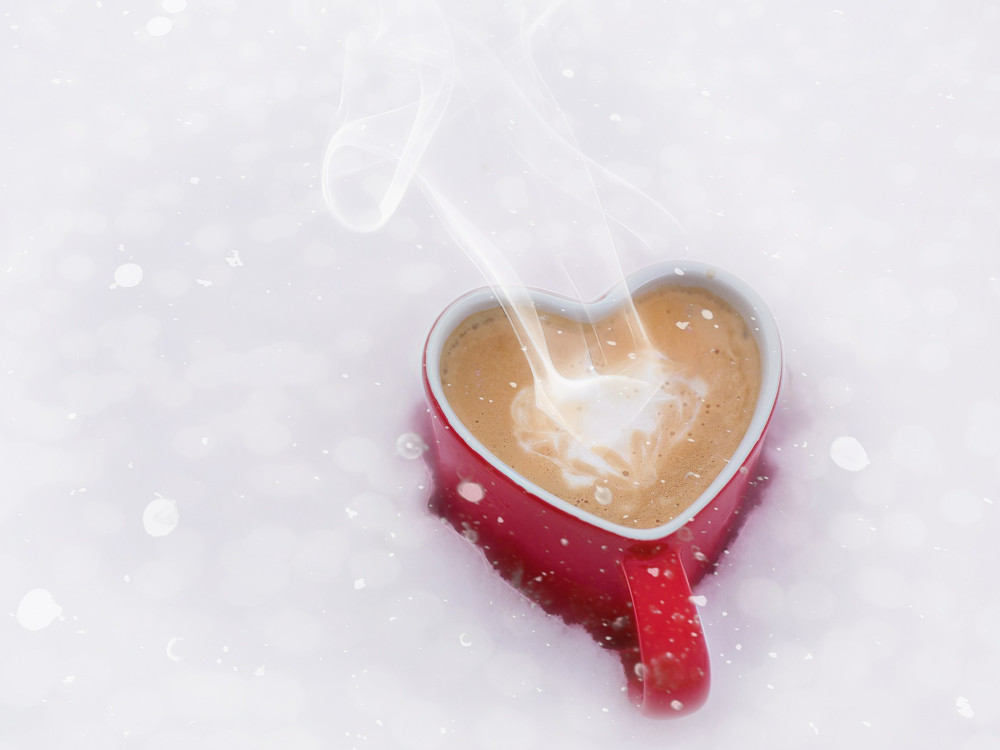 One More Cup Of Coffee

The pleasures of caffeine

That can’t be right, I thought as Michael Caine playing gourmet spy Harry Palmer sprinkled a couple of tiny spoonfuls into a cafetière. This was certainly the first time I had seen what Americans insisted on calling a ‘French press’. It was probably my inaugural encounter with ‘real’ coffee. I was twelve and watching on telly the film version of The Ipcress File whose author was himself a noted bon viveur and author of cookbooks. Guided by nothing but intuition and what I had read – novels have featured coffee almost since the genre’s inception – I just knew that flavourless, tinted water would be the result of such stinginess.

An experiment needed to be conducted, one requiring a trip by train. This was not to the nearest town, in which I had recently begun my secondary education, but to Glasgow; scarcely, in nineteen seventy-two, famous for its sophistication but a city of secrets then, as now.

A Glaswegian won’t direct you to the place you seek. He or she will take you there. A lady in late middle age, with the sort of coat, hat, shoes and handbag that suggested she should know, did know. This kindly cognoscenta accompanied the fledgling flaneur to the nearby doorway of a shop at the top of Renfield Street, elegantly refined in those days. From the station I could practically have followed my nose, so rich were the aromas lending fragrance to the Saturday morning spring air.

Blouses were black and pinnies were white, and the beans came in shades of brown unknown even to Rembrandt. A chap in a cheerfully checked hacking jacket, twill slacks and viyella shirt was brought, unbidden, his ‘usual’, which turned out to be the house blend, full French roast, mixed with half French roast. He was ‘up in town’, from Kilmalcolm, and had a fully twirlable military moustache. I decided to have whatever the colonel was having and paid for my pound of ground, and brass and glass cafetière, with money from my milk round — an irony this, since I refused milk in hot drinks.

Travelling home, waving the pungent paper bag under my nostrils, I must have looked like a cross between a fop with a nosegay and a ravaged glue-sniffer. The mirrors and marble may be long gone but Thomson’s still roast and sell the bracing beans I love to smell, these days usually French Full Roast and dispatched from their premises on an industrial estate.

That very afternoon, en famille, we took the plunge, so to speak. No one was disgusted. No one was delighted. Dad stuck to tea. Mum went back to the weak and milky Nescafé that had been our all-too-Oedipal bond late at night when I was allowed to stay up to hear her store of lore about her Antrim girlhood. For prissy, precocious wee me, however, the decision was instant, or more exactly not instant and I insisted on ‘proper’ coffee from that moment on.

Is there a prescribed, or proscribed, method of preparing proper coffee properly? In the mug at my elbow as I type mid-morning are the aged dregs of the breakfast brew, French, but poured through paper and a small porcelain filter found by a friend in a Berlin flea market. ‘Canadian coffee’, some call this old, cold frugal ‘beverage’, a horribly pompous, pumped-up word. Discarded grounds are miraculously effective in keeping slugs away from the flora in our tenement back-court garden. Tomorrow I might use my one-cup Alessi espresso pot, somewhat singed from being balanced on a gas ring and not the electric hob it was (exquisitely) designed for. From time to time I even get out the bulky filter pot and hot plate. After the daily dilly-dally does any coffee lover really enjoy those scorched, acrid, lukewarm, subsequent servings?

Yet there is something welcoming about the little bright light and guests like to get up and smell the coffee. When my mother was training to be a nurse, she lived on the landing below a couple who favoured the Norwegian Kettle approach, simply adding scoops of ground coffee to boiling water, letting the grains settle before dripping in a drop or two of cold water to drown any grit remaining afloat. At a poetry conference in Lithuania we were expected to use proper coffee as though it was instant. In essence this is also the cowboy campfire method. Mind you, every time I have started a sentence with, ‘When I was a cowboy…’, the smirks of contemptuous incredulity have suspended the (true!) story in mid-clause. Yes. See? Exactly that look! Anyway, my ‘pardners’ augmented the evening pot with half of the morning’s spent grounds.

Even when my sleekly Milanese little pot starts to splutter as if protesting that the lid hasn’t been immediately flapped down, I don’t say the word ‘espresso’, reserving those sensuous sibilants for the miniscule mouthfuls that stream steaming from a cafe’s gleaming machine. A device for making espressi at home – even when recommended by Hollywood’s handsomest hunk – seems redundant, exorbitant, troppo; coffee overkill. What a pleasure instead, to be in those countries in which one’s order of a coffee will summon just that. Why an adult would want an infantalising milky drink after ten in the morning, even before ten in the morning, has always been beyond me – though not Freud – since I gave up all lactic adulterations for Lent when I was a child.

Increasingly it is the customer preferring lots of milk and little coffee whose tastes drag down the quality of espresso. An artisan roast ‘espresso’ is a misnomer; hipster hype. Those burnt, bitter ‘shots’ form the bases for milky drinks. All they have in common with what Italians mean by the term is colour. Looks like an espresso? A bit. Smells like an espresso? Never!

In the German world, ‘coffee house poets’ are patronised rather than praised. I may very well be one! Verse aside, the phrase, ‘coffee house’ should imply pleasure in both aspects. How happily I could idle the morning away with Pepys or the afternoon with Dr Johnson, leaving the evening free for musical performances and solitary speculation at ‘Indian Peter’s’ Native American establishment in Enlightenment Edinburgh. For Parisians, a café is both what you drink and where you drink it. At Le Select, in Montparnasse, the surroundings are as unpretentiously sumptuous as the inky café express, no less delectable nowadays than in the halcyon days of anybody who was anybody. At Café de Flore and Les Deux Magots, the prestigious duo of adjacent establishments on Boulevard Saint-Germain and Place Saint-Germain-des-Prés, the former clients may be legendary and the mise en scène mythic, but the coffee? You can’t put ambience in a cup. Vienna’s most atmospheric and vaunted coffee houses do not always serve an espresso worthy of the setting. When you part the curtain and pull up a bentwood chair at Havelka or Sperl you can be certain the ‘Kaffee’ will be beguiling in both senses.

I’d say the best coffee in Europe is to be drunk in Portugal and Sicily. The Portuguese roast the beans very, very slowly, the Sicilians quite quickly. Each technique comes up with reliably consistent espressi. In a thrawn mood and intent on finding a merely mediocre cup of coffee, I sought out the least prepossessing place in downtown Syracusa, a forlorn looking dive. The espresso was exceptional and the owner, unlike me, a study in genial grace.

In the course of more than fifty visits to America I’ve enjoyed the diner food but rarely those bottomless cups of insipid ‘java’. I happened to be living in Chicago when roastery reform swept in from the Pacific Northwest, with its fashion for ‘shots’. For a decade, my newspaper columns were composed in Glasgow’s own tribute to the Seattle style. No, not Starbucks. Waging war on Austin Powers, Robert Wagner had his headquarters there.

That fine film, Harper, opens wordlessly with Paul Newman’s character, a washed up, alcoholic lawyer in urgent need of coffee and redemption, rummaging through the garbage, rejecting one used filter after another until he locates some grounds sufficiently moist to merit re-irrigation. We have ‘grounds’ to suspect a fair amount of existential refreshing and recycling will be forthcoming and the montage is unmistakably symbolic. Me, I’d have gone out, or without, but there are few disappointments as deep as opening the cupboard first thing in the morning only to discover the jar is empty, or being in a B and B that in 2018 continues to serve ‘instant’.

A new day. Birdsong and a mauve to magenta sunrise. A bit too chirpy for Bob Dylan: ‘One more cup of coffee ’fore I go / To the valley below’. Or Gordon Lightfoot: ‘I’m on my second cup of coffee and I still can’t face the day’. Boys, would a donut cheer you up? Time for my first cup. Caine? Or Newman? Neither. A blend of Robusta for vigour and Arabica to add finesse, as roasted by a neighbourhood deli with Italian credentials of noble longstanding, these beans from the freezer, freshly ground; home-made ‘espresso’ in a bone china Bauhaus cup.

I pour another. They even say it’s good for us.

The author and editor of many books, television producer, journalist and broadcaster, Donny O’Rourke teaches Film and Poetry at Glasgow University. There’s an awful lot of coffee in his poems. 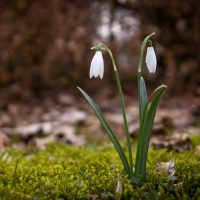 Donny O'Rourke welcomes the tentative beginnings of spring, introducing us to the Gaelic festival of Imbolc and taking us on a whistlestop tour of the coastal East Neuk of Fife.

Mavis Cheek explains how writing always came easily to her, even when schoolwork didn’t. 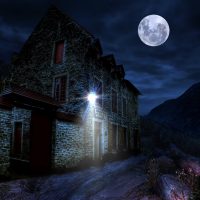 Donny O’Rourke visits old haunts in Dumfries and the Borders, ghosted by the bards of Scotland’s past, for the liminal Celtic festival of Samhain.

Julian Turner considers the usefulness of imagination, not just to the writer, but also to the exile and the abused child, and suggests that metaphorical thinking may be psychologically essential.

Donny O’Rourke: Minstrel Boy
Listening as a schoolboy to the great singer-songwriters of the 1970s helped to shape Donny O’Rourke’s sense of what might be achieved in poetry. Here he pays tribute to some of the musicians who influenced him.
About
Collected is a weekly series of articles by RLF writers.