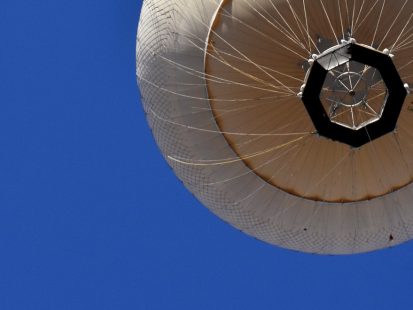 An explorer, a suffragette and a ballooning Edwardian lady parachutist walk into a play...

Would you like to write a play about women?

For years, I’d been researching some of the pioneering, inspiring women of Hertfordshire whose achievements had been under-celebrated. Aviators, doctors, painters, politicians, endurance athletes, suffragettes, activists, explorers and many more, from Boudicca (she counts as a local, due to having burned down Verulamium, now St Albans) to the present day; despite having featured in a Heritage Lottery-funded exhibition, a community performance, a film and a book, these women refused to go back in their box. They wanted and deserved more time in the limelight, so the commission, from Pursued By A Bear theatre company, was a great opportunity, but who to choose?

Most of my drama-writing commissions lately have been to a relatively narrow brief; usually dictated by budget – how many actors you can afford limits how many characters you write, usually – or venue. A piece that might work in a traditional theatre space with lighting and sound and the atmosphere that goes with that isn’t the same as the play that has to go into school halls with no lighting, minimal and portable sound and the restless shuffling of sixty Year-8 students who have been hissed at to keep quiet (even though we’d have liked them to participate!) and to remember they’ll be quizzed afterwards on what the play was all about.

So ‘something about women’ was a delightful, liberating, anarchic prospect — and terrifying. I ran through the list of women I’d been rediscovering; making a shortlist felt horribly like being a Britain’s Got Talent judge but without the frocks and whooping.

My initial idea was inspired by Caryl Churchill’s 1982 classic play Top Girls — well, a bit. I didn’t want to try and recreate that with my Hertfordshire heroines, but I did love the idea of a theatrical place where pioneering women from slightly different time zones and backgrounds could overlap each other’s lives. That meant I needed to look for women who personified different elements: someone earthy, grounded, practical, another who took to the skies, and more, a woman who couldn’t be categorized, who watched others break boundaries but in her own way was just as transgressive.

The list started to form: how about the fabulous ‘attagirls’, the female aviators (ATA ‘girls’) who flew WW2 fighter planes from Hertfordshire airfields (including de Havilland at Hatfield) to the south coast, often with no experience of the plane, just a quick chat with ground crew, a compass and an open cockpit? Or…twelfth-century prophetess and religious campaigner Christina of Markyate, who successfully outwitted the man who tried to rape her into a forced marriage, and then established a sanctuary for religious women like herself? What about the Quaker Mary Stout, who spent years doggedly trying to discover the truth about her daughter’s apparent suicide, suspecting that a local politician had in fact been responsible, which led to a change in the law to allow expert witness evidence? There was Eleanor Ormerod, pioneering entomologist, who marvellously tested ‘part of the back and tail of a live Triton [Great Crested Newt] […] between the teeth. […] The first effect was a bitter astringent feel in the mouth, with irritation of the upper part of the throat, numbing of the teeth more immediately holding the reptile, and in about a minute from the first touch of the newt a strong flow of clear saliva. This was accompanied by much foam and violent spasmodic action, approaching convulsions […]’ The University of Edinburgh awarded her an honorary Doctorate of Law, and she was also the first woman to gain admittance as a Fellow of the Royal Meteorological Society. She inspired Virginia Woolf to write a story about her, yet her grave is largely ignored in a cemetery in Hatfield and her achievements all but forgotten.

By now I had enough material to write fifty-three plays, but a looming deadline for just one, so I made my picks.

First up was the ballooning parachutist Dolly Shepherd, the Edwardian Parachute Queen (as billed on a poster reproduced in Dolly’s autobiography), who volunteered to have an egg shot off the top of her head at the age of sixteen and then had half an hour’s training before ascending and then jumping out of a hot-air balloon 10,000 feet up. When she tired of parachuting and dangling from a trapeze in the sky, she drove an ambulance on the frontline in France during the First World War and flew with the Red Devils in her eighties. Clearly, she was Air.

Next, the suffragette Constance Lytton from Knebworth House, who went from the boring and frustrating life that was common for upper-class women who had not married, to throwing stones at cars during a protest, and ending up in prison despite her weak heart and general ill-health. When she discovered that she was being given preferential treatment compared to working-class prisoners, she disguised herself as a servant for her next protest to ensure that she experienced the same conditions as many of her comrades. The force feeding almost certainly hastened her untimely death at the age of fifty-four, cruelly just as she had found a role and passion in life. She was all Fire within.

Third and last – three is an inherently dramatic number – was pioneering explorer, and the embodiment of Earth, Violet Olivia Cressy-Marcks. Bitten by snakes, chased by Siberian wolves and threatened by tigers, Violet was however reluctant to travel back home to her husband and three children in Watford. She could be found in a cave with Mao, or going up the Amazon in a canoe, crossing the Arctic on a sled or ascending the Andes on a mule, her gofer trailing behind her.

I couldn’t know this for sure, but the thought delighted me that Constance might have known about Violet — how many women explorers went around the world, alone, seven times before 1955? And Violet might have admired Dolly’s wild and risky adventures in the air, and I’d like to think they would both have been awed by Constance’s lonely acts of courage, which included carving a ‘V’ over her heart, standing for votes for women.

Violet defies categories really — she’s a wonderfully useful character to have in a drama, because she could and would go anywhere and do anything, entirely unpredictably, but with the minimum of fuss. Unlike today’s celebrities, she hated publicity and was actually rather shy; but she adored travel and exploration and couldn’t stay anywhere for too long, especially the family home. One of the most endearing facts about her was that she named two of her children Ocean and Forest. And she did sometimes allow her second husband to accompany her, but she relished travelling without a European companion, echoing Isabella Bird’s dictum that ‘adventurous travel was no place for a man’. The question would not be whether to include her, but rather, why on earth would I not?

I’d been asked to write something specifically about women, partly to celebrate the centenary of women getting the vote, but I wanted there to be at least one man in the piece. I decided to give each female character a man who was important in her life in some way — he might be the obstacle stopping her from achieving her goal, or he might be her greatest supporter, or someone she hadn’t yet discovered the worth (or otherwise) of. So there was Constance Lytton’s adored and adoring brother Lord Victor, a hugely supportive and influential figure who campaigned for women’s rights and wrote her the most beautiful letters while she was in prison. He was also sometimes a necessary barrier or mediator between headstrong Constance and her extremely disapproving mother. Violet’s frustrated and presumably lonely husband features, too, as did Dolly’s ambitious daredevil mentor, a French circus artist. All could be played by one male actor, so that suited the budget and kept the focus on the women.

Once I’d found my women, writing the piece was amazingly quick. Putting them into a series of rooms or spaces fraught with danger and watching them fight their way out, Houdini-like, was exciting, and I really did feel as if they wrote the play themselves. The piece was rehearsed over a few days and showcased at Trestle Arts Base in Hertfordshire and at the Arcola theatre in east London and will now go on to be developed and refined towards a full production. It better had — these women aren’t going back into any of their boxes anytime soon. Hell, no.

Anna Reynolds writes fiction, and for stage, screen and opera. She has won Writers’ Guild and Time Out awards, a Yeovil Literary prize and has been shortlisted for the Bridport prize. She has had over twenty plays produced and published nationally and internationally. 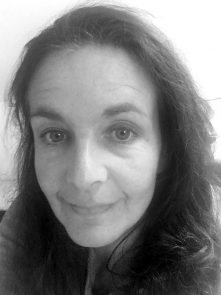 Anna Reynolds: Letter To My Audience
‘When I’m writing a play I do sometimes imagine the audience reacting to a particular moment but not usually by vomiting.’ 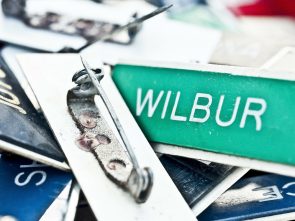 Clare Bayley: The Name Game
Clare Bayley reflects on the process of choosing names for characters and gives some famous examples, from Le Carré to Shakespeare, of writers who’ve answered the question: ‘What’s in a name?’ in an intriguing or provocative way.

Deborah Gearing: Spilling Off The Page
As the only writer in a group of visual artists taking part in a project to restore a medieval tower as an arts centre, Deborah Gearing felt initially out of her depth. But then she found that collaborating with artists in other mediums had a liberating effect on her writing.