A couple of years ago, as I researched the ability of writing to help people come to terms with grief and process traumatic events, and the therapeutic benefits of self-expression, a psychotherapist friend lent me some books. A couple of these were on the subject of Clean Language. This was new to me, and I’ll admit that I struggled to grasp the concept at first — but when it eventually clicked, the impact on my life, and in turn my approach to writing, was profound.

Clean Language practitioners help clients explore their internal metaphor landscape by asking ‘clean’ questions, which can help them gain insight into their lives. This might enable them to identify ways to realise change, or simply increase understanding of themselves. In my case, the latter was certainly true.

As writers, metaphors are one of our basic tools. But they’re also used by everyone in everyday language, enabling us to communicate vague and complex thoughts and feelings simply and easily: it was like banging my head against a brick wall; that’s opened a can of worms; it was a red rag to a bull. Clean questions help clients explore the metaphors they use without contaminating them in any way: they’re ‘clean’ because they add nothing to the client’s vision. The process is based on the foundation that the client already has everything they need, it’s really a matter of helping them along on their journey of discovery. And what a nice metaphor that is…

Just twelve core questions form the basis of Clean Language. A fundamental one is: What would you like to have happen? This has obvious potential as a launchpad for exploration and is often used as the starting point for clean sessions. In such sessions the facilitator will identify those aspects of the client’s metaphor landscape that may benefit from further exploration, then ask an appropriate clean question. It’s through this exploration that insight can be attained. Identifying those metaphors that offer the greatest potential is the key skill of an experienced facilitator. It’s easy for rookies to find their way into what are known as ‘rabbit holes’, where the questioning focuses on something that, while interesting, isn’t necessarily going to be of great benefit to the client.

There are subtle differences between questions that are clean and those that are not. One clean question is, and does x have a size or shape? — with x being something previously described by the client. For example, the client may have said they’d like more satisfaction in their work. The facilitator may then say, And you’d like more satisfaction in your work. And does satisfaction have a size or shape? This prompts the client to consider physical attributes through imagery. The size or shape question is not limited to the physical, and its clean nature leaves open the possibility that there is no size or shape. By contrast, and how big is x? would not be a clean question, because the word big suggests not only that there is a size, but that it is not small. This closes doors rather than opening them, and leaving all options on the table is important to give clients complete freedom.

Once I’d grasped the concept of Clean Language and all its possibilities, I quickly became fascinated by the subject. As a result, in the summer of 2020 I embarked upon a course: Clean Language: Core Skills, run by Marian Way from cleanlearning.co.uk. At the time I was considering a change of direction, or at the very least adding another string to my bow — another nice metaphor. To this end, I was looking for ways to somehow put all the tools I’ve acquired as a writer, and the skills I’ve developed through my work with the Royal Literary Fund, to good use for the benefit of others.

The course ran for twelve weeks, with teaching sessions on Tuesdays, followed by peer practice on Thursdays. As the COVID-19 pandemic meant all sessions were online, I interacted with people from the USA, the Nordic countries and Canada, as well as counterparts in the UK. Like most writers, I’m naturally a very visual thinker, so the roles of both client and facilitator came very easily to me. But it was during peer practice sessions in which I played the client that the potential for insight offered by Clean Language really became apparent. Even with new and inexperienced facilitators, I learned a lot about myself and the way I see the world, which resulted in many points of lasting change.

As part of the course, we explored personal resources. A resource is defined as something positive that we have, like and want to keep, such as a talent, skill or ability. We were sent a list and told to pick some resources to explore. The first few leapt off the page: imagination; creativity; confidence. For these I had clear and immediate visual representations, which made exploration easy. After this initial group, however, other resources became more difficult to pin down, and I had no associated image. This meant that when I made my choices all I could do was follow the facilitator’s lead, answering the questions as honestly as possible. And this is when things became really interesting.

Ambition was the first of these more intriguing resources. My facilitator was a Norwegian gentleman called Johan. Through Johan’s questioning it transpired that I perceived ‘ambition’ as a blue/grey cloud hanging in the air a few feet in front of me. With his question and does the cloud have a size or shape? I learned that it was around seven feet off the ground, and about as wide as I could span my arms. The combination of these attributes meant it was beyond my reach, impossible to grasp. The greatest insight I gained from this was that, regardless of anything I might achieve, my ‘ambition’ would always be unattainable. This indicated that I’d never be completely satisfied, which resonated with something a friend had once said to me about his own life.

Next I explored spontaneity, because it’s been suggested this is something I lack. For spontaneity, I saw myself from an external, third-person perspective. I was standing in a wide-open space, on a plain of green grass. There was a line of trees in the distance, the sky was blue and cloudless, and the sun warm on my face. By following Johan’s questions, I discovered that there was a thick, very sticky gel-like substance attached to my back, which was in turn attached to an anchor point some indeterminate distance behind me. In order to be spontaneous, I had to run across the open space towards the trees until the green substance reached the limit of its elasticity, snapped, and released me. When this happened, I saw myself grinning and experiencing great relief. I noted that I didn’t have to run very far to achieve the desired result. Through this, I judged that it was in my power to be spontaneous, I just had to allow myself to be so, and enjoy the potential benefits.

These are just a couple of examples, personal to me. Exploration of any internal metaphor landscape is unique to each individual, and may well vary between facilitators, as their exploratory paths are likely to differ. The insight participants gained over the course was often emotional, as in Zoom breakout rooms aspiring clean practitioners led their clients on journeys of discovery. I once caused a peer client to become ‘psychoactive’ — that is to experience the emotions as if the metaphor were real. Tears were shed, and I was complimented on my approach. I now sometimes use clean questions in my work as a Writing Fellow, as they’re useful in identifying students’ fears, concerns and desires. For example, the question what would you like to have happen? gets people thinking, and metaphors can be gently explored to get to the real meat of a student’s concerns or aims. I’ve found this particularly useful when discussing personal statements for Masters places, which are so often all statement and nothing personal.

What I took from my own learnings was that I should stop driving myself so hard: while a strong work ethic is valuable, it’s important to recognise that breaks are essential — especially if you’re chasing something you might never catch. These days I focus more on the really important things in life, which has led to a more relaxed approach. I’m certain this has had a positive impact on my creative work, as I give projects more room to breathe and develop in their own time, rather than trying to force the pace. I also see the value in being less cautious, taking more risks, and the rewards this can bring. So, if you’re not sure what you want to do next, perhaps ask yourself what would you like to have happen? The answer may surprise you.

Martin Sketchley is a novelist and script writer. He is currently working on an audio drama script and a short story commission. Fanning the Flames, an alternate history loosely based on the life of Dead or Alive singer Pete Burns, will be published in 2021. 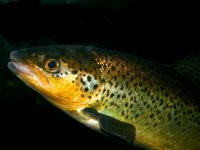 Fraser Grace: The Thing About Poetry…
Playwright Fraser Grace makes a late reconnection with poetry — and finds that it is more essential than ever. 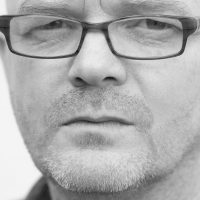 Andrew Cowan: My Reading Habits
‘The student distrusts their own abilities to evoke a fictional world and so they add in more and more detail. But they also distrust their reader.’ 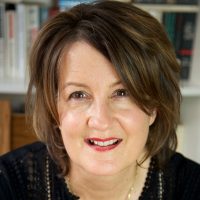 Shelley Harris speaks with Bethan Roberts about prose perfectionism and embracing the ‘dirty first draft’, the fear of ‘using up’ all your talent, other disabling myths about writerhood and the writer’s ideal superpower.