Linda Buckley-Archer is a London-based writer who was born in Sussex and brought up in Lichfield. Her first love was French literature, which she studied at the universities of Leeds and London. She has a PhD in creative writing from Goldsmiths, University of London.

As a practising novelist, scriptwriter and journalist, she has a particular interest in exploring the boundaries between different media and genres, and between adult and teen fiction. Initially trained as a scriptwriter, her work includes Pearls in the Tate, an afternoon play for BBC Radio 4, and an original drama commissioned by BBC1, One Night in White Satin. Her first novel, Gideon the Cutpurse, became the first volume of a trilogy for children and young adults, featuring a reformed 18th-century pickpocket. The trilogy has been translated into 10 languages and garnered two Carnegie nominations and a Branford Boase highly commended distinction. Her latest novel (for teens and adults) is entitled The Many Lives of John Stone. She is currently working with an illustrator on a project which combines prose and scriptwriting.

Linda is a regular children’s fiction reviewer for the Guardian, and has judged the Branford Boase and Guardian children’s fiction prizes.  She has taught in further and higher education and is currently one of Kingston University’s writers-in-residence where she is promoting the profile of young adult and teen fiction in a series of planned events. 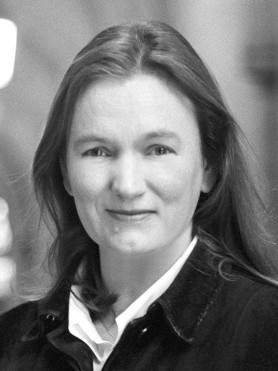