Robyn Bolam is a prize-winning poet and a librettist. Her poetry collections, published by Bloodaxe, are The Peepshow Girl (1989), Raiding the Borders (1996), and New Wings: poems 1977–2007 (2007), which was a Poetry Book Society recommendation. An Eric Gregory award was followed by first prize in the Cheltenham Festival poetry competition and her poem, ‘The Forked Tree’, about a woman’s courage, was praised for its syllabic form and vivid imagery. She has continued to write about survival in difficult circumstances, loss and love, and the challenges facing the natural world. Settings range from her native Northumberland and other parts of Britain, to Sweden, Romania, the USA and Australia. Her libretto Beyond Men and Dreams, which dramatised a female composer’s struggle to be reconciled with her mother beyond the grave, was performed by the Royal Opera House Garden Venture in 1991.

Robyn edited Eliza’s Babes: four centuries of women’s poetry in English (Bloodaxe, 2005), and her other publications include Stage Images and Traditions: Shakespeare to Ford (Cambridge University Press, reprinted in 2009). Her fascination with 16th- and 17th-century drama has inspired several poems, including ‘Gruoch’, a response to Shakespeare’s Lady Macbeth. She edited four plays by John Ford (Oxford University Press, 1995), and The Rover by Aphra Behn (New Mermaids, revised edn 2012). Robyn held a Hawthornden fellowship in 1993 and was the British Council writer-in-residence at Stockholm University in 1998 and writer-in-residence at Reading University from 2010 until 2011. She taught widely in higher education and is now a freelance writer. 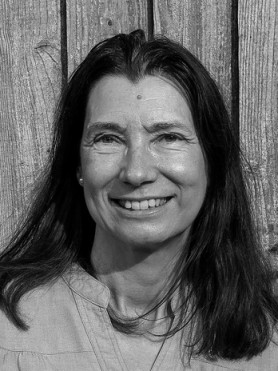