Lois Pryce is the author of three travel memoirs about her solo motorcycle adventures throughout the world. Her first book, Lois on the Loose (Arrow 2007) tells of how she left her job at the BBC to ride her bike 20,000 miles from Alaska to Argentina. This was followed by Red Tape and White Knuckles (Arrow 2009), the story of her journey from London to Cape Town. Her most recent book, Revolutionary Ride (Nicholas Brealey 2017) depicts her 3000-mile ride around Iran and was shortlisted for the Edward Stanford Adventure Travel Book of the Year award.

She also works as a freelance travel writer and journalist and her work has appeared on CNN and in the New York Times, the Guardian, the Observer, the Telegraph, the Independent and many other publications in the UK and the USA. She occasionally takes to the airwaves including as a regular contributor to the BBC programme From Our Own Correspondent.

Since 2015, she has taught nonfiction writing courses at the Arvon Foundation and speaks at festivals and events around the world about her adventures and the act of putting them on the page, including at the Cheltenham Literature Festival, the Edinburgh International Book Festival and the Royal Geographical Society.

She is currently taking a break from travelling to write a novel set in 1950s Iran. When she’s not on the road she spends time with her husband on their Dutch barge on the River Thames, and plays banjo in a bluegrass band, The Sisters & The Brothers. 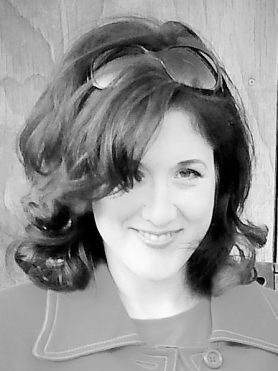