Zoë Howe is a music biographer and novelist. The author of eleven books, she is a strong advocate for women and cultural figures who have been underestimated or marginalised. Her 2009 debut was the acclaimed Typical Girls? The Story of the Slits, which prompted a significant reconsideration of the female punk pioneers.

Subsequently Zoë’s books have covered artists including Stevie Nicks, The Jesus & Mary Chain, Poly Styrene, Florence + The Machine and Dr Feelgood. She was a contributing author to the 2020 release 50 Women in the Blues, and co-wrote the screenplay for the Poly Styrene documentary I Am a Cliché with the singer’s daughter Celeste Bell.

Zoë has written sleeve-notes for various artists and articles for the Quietus, the Amorist, Company, Classic Rock, BBC Music, NME and the Roundhouse. A great believer in the healing power of words, music and humour, Zoë also used to be the ‘rock ‘n’ roll agony aunt’ for the Blues Magazine and mental health charity Calm.

Zoë’s debut novel, a rock ‘n’ roll satire titled Shine On, Marquee Moon, was shortlisted for the Virginia prize for fiction, and in 2015, the UK’s first music writing festival Louder Than Words announced her as their ‘Luminary’.

Writing aside, Zoë is a visual artist, an occasional musician and has made radio shows for Resonance FM, Soho Radio, BBC6 Music and Absolute Radio, with themes including music, psychogeography, feminism and the occult. She lives by the sea with her musician husband and their non-musician (but very vocal) cat. 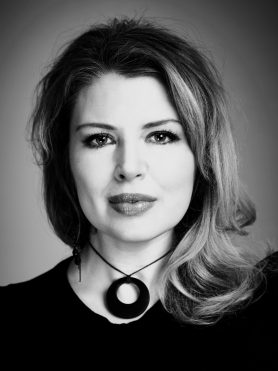