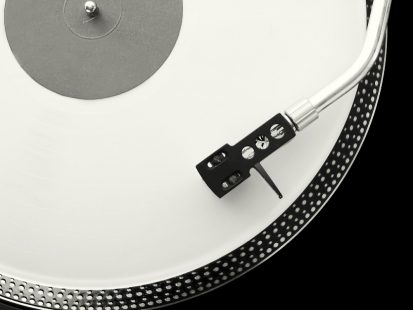 Measured Out In Years

Half a century of listening in: The Beatles

On an ordinary October Monday just over five years ago, at midday, I stepped out of St John’s Wood tube station and walked down Grove End Road. Where that ends a busy zebra-crossing lies, round the corner to the right. Opposite stands an elegant if modest white façade. Wincing somewhat at the blizzard of graffiti either side of the entrance, I went in and announced myself at reception.

I was – of course – entering Abbey Road Studios. Straddling the London street it’s named after, the zebra-crossing is the one four twenty-something popstars marched over in August 1969 for a photo that became the front cover of their last-recorded LP. Today, the building these guys had exited together on that particular sunny morning, for ten minutes, is used by all sorts of pop and classical outfits for rehearsal and recording. The crossing is Grade II-listed and annoys hundreds of drivers daily because of the hordes who insist on being snapshot there, à quatre. Iain Macmillan’s original shot has since been mimicked to death in countless formats.

Abbey Road, as the house itself is so often called – before the LP, it was EMI Recording Studios – is not open to the public. But at short notice I had been invited by a session violinist met a few days before to come in, on her lunchbreak, and share sandwiches in the basement café: she knew why I was there. Before we sat down she showed me first the cavernous Studio One, empty of musicians though not of instruments and microphones, then, similarly on pause, a smaller space I had been wondering, if not hopelessly fantasising, about since the early nineteen-seventies: Studio Two.

Studio Two is where between 1962 and 1970 The Beatles recorded almost all their music. The orchestra-friendly Studio One witnessed some of their landmark work, mainly for Sgt. Pepper’s Lonely Hearts Club Band, but Studio Two is the inner sanctum: parquet-floored, white-walled (with long green laggings to dampen reverb, once white and then called ‘Cabot’s Quilt’) and thrilling to occupy for an electric five minutes or so; enough to take a few phone photos, too. Here it was, exactly fifty years before I happened to be standing there – though on the day, I hadn’t thought this through! –The Beatles began work on their sixth UK album, Rubber Soul.

How can I nail that date now? With a research tool. Really good sources are needed when writing about the group. An essential one is Mark Lewisohn’s The Complete Beatles Chronicle (1992), a month-by-month account of everything The Beatles did together. Which is where recently I checked again what they were doing on 12 October 1965: embarking on one of the seminal records of that decade (thus launching ‘Drive My Car’, ‘Norwegian Wood’, ‘Nowhere Man’, ‘Michelle’, ‘In My Life’ and ‘Girl’ into the geophony); in October 2015 I just hadn’t re-looked at Chronicle’s page 202. The fact that I was in Studio Two on a precise Beatles fiftieth anniversary is, for me, now that I glance back at it, giddying coincidence.

The Beatles have been important to me since, aged ten, I lowered the needle on to side one of the first pop LP, Abbey Road, I bought — with a record token (remember them?). The sound of track one, ‘Come Together’, was mesmerising; the words were deeply strange. None are stranger, nor more brain-cutting, than those of a slightly earlier Beatles song that has long been a favourite, ‘Hey Bulldog’, with its ‘Jack knife/In your sweaty hands/Some kind of innocence is measured out in years’. Yes, I was still pretty innocent at ten. But The Beatles changed everything.

I didn’t start to write about them until I was thirty-six. Mr Lewisohn has been at it a lot longer — since the late nineteen-seventies. So who is he? He shimmies into Beatles historiography in a 1981 book by Philip Norman, Shout!: another essential tool. In a back garden in Kenton on 1 June 1967, Sgt. Pepper’s release date, an eight-year-old boy, Norman wrote, shook ‘his head wildly while trying not to dislodge the cardboard mustache clenched under his nose’.

This refers to a photo shown to Norman over forty years ago by Lewisohn – that was him in 1967 in north London – and to the ‘Pepper’ cutouts inserted into one of the gatefold-album’s sleeves. His young boy’s frame was being invaded, from a record player, by some of the most captivating songs ever composed. Since then, Lewisohn has gone on to possess the only job I’m envious of: the world’s one, full-time Beatles historian, commissioned and handsomely advanced, though not authorised by the surviving two, to write what will be regarded as the definitive Beatles biography — yet another indispensable tool for someone like me. Called All These Years, it is to be in three volumes. The first, Tune In (2013), clocks in at over 900 pages and takes the reader to … the end of 1962. The second… who knows when? (It will surely cover 1963–66.) The third: its author concedes he will easily be into his seventies when it comes.

I know Mark and like him very much but I’m not him. I try and write about the why and how of the music, not – so much – Beatles events. Yet Mark has, without knowing it, taught me to check, double-check and triple-check everything I think I know, and then write, about the group. So in a text I was working on in 2014 about The Beatles’ final year together, a mistake I made – over the Surrey house Ringo Starr was living in in 1968–9 – got the Lewisohn treatment: not as I thought in Weybridge, where Starr had been living and where John Lennon also lived until 1968, but in Elstead! Of course. (Thanks, Mark.) Potential slips like this hover over every sentence you write about The Beatles and believe to be correct.

Around the four musicians, and every concert they did and every track they recorded, fairytales, fantasies and factoids have flown for decades. Many have cropped up in bad or boring books. Then there are the facts. I’m intimately connected to and driven by the latter – at least I hope I am – but in everything I have penned on the quartet I have also striven to assess their art, which I consider to be very great: I’m far from the first to think that and will not be the last.

That said, did my stroll down Grove End Road five years ago actually lead to anything? Add to the sum of human knowledge – certainly not. But it was a huge privilege to be allowed into Abbey Road’s house number three. At the time I was between projects. A narrative about The Beatles’ biggest concert, at New York’s Shea Stadium in August 1965, had been published online. My next would be an exploration of the making of the pre-Pepper double A-side (i.e. a 45-r.p.m. disc with one song on each side), released in Britain on 17 February 1967 as ‘Strawberry Fields Forever’/ ‘Penny Lane’. It was a fillip to be able to evoke in some detail, as I have tried to in brief here – based on a personal encounter with it – the dimensions and ambience of Studio Two, where over Christmas and New Year 66–7 these two bits of sonic magic (and pretty well everything else from a total of 210-plus tracks, through seven and a bit years) were struck.

Yet the question lingers as to whether anything can be said about The Beatles that hasn’t already been. I must be a living example of a writer in quixotic denial of that. Interesting challenges do remain. One is to complete a select, annotated bibliography, also begun five years ago, of Beatles books. It aims to be a summation, with commentaries, of the most notable things about them published between print covers since 1964. I expect I’ve read the best ones but there are quite a few, good and bad, I haven’t: according to the British Library’s catalogue, over 700 tomes exist (many of which are probably songbooks). Such a bibliography could be made and it might be valuable for other researchers, but sometimes I feel the need for two or three extra pairs of eyes, or readers. (Any offers?)

All told, if you know how to listen and where to look, and indeed to whom to try and talk (apart from Paul and Ringo a handful of elderly nineteen-sixties insiders survive: Peter Brown, Jane Asher, Pattie and Jenny Boyd, Tony Bramwell, John Dunbar, Barry Miles, Yoko Ono), it is possible to recast this foundational tale in fresh form that sings its own tune and won’t annoy Mark Lewisohn.

In 1711, Alexander Pope led the way on writing anew about the familiar when he defined true wit as ‘What oft was thought, but ne’er so well express’d’.

George Harrison perhaps had it a bit differently in 1968 when, just before the end of track 12 of The Beatles’ White Album, he drily intoned: ‘One more time’.

Should I bother? I fear I will.

Between 2013 and 2017 James hammered out about 100,000 words on The Beatles for Amazon’s Kindle Singles format. He has published books on The Beatles, flamenco, Brazil and Borges and written on culture for the Financial Times and The Economist. He is currently working on fiction. 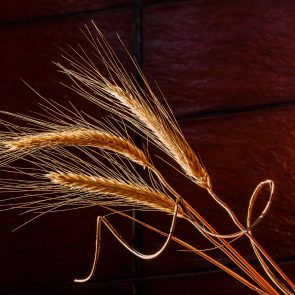 Donny O'Rourke takes us to Edinburgh in August, for a Lughnasadh harvest festival — but one of culture, not of crops.

Tiffany Murray flees the over-familiar, but still creatively disabling, complaints of a despondent writer, by escaping to the strange new world of Iceland and its music.

Nigel Cliff speaks with James McConnachie about the 19th century 'Shakespeare Riots' in New York, what might be driving his choice of subjects, and the differences between the US and UK publishing industries.