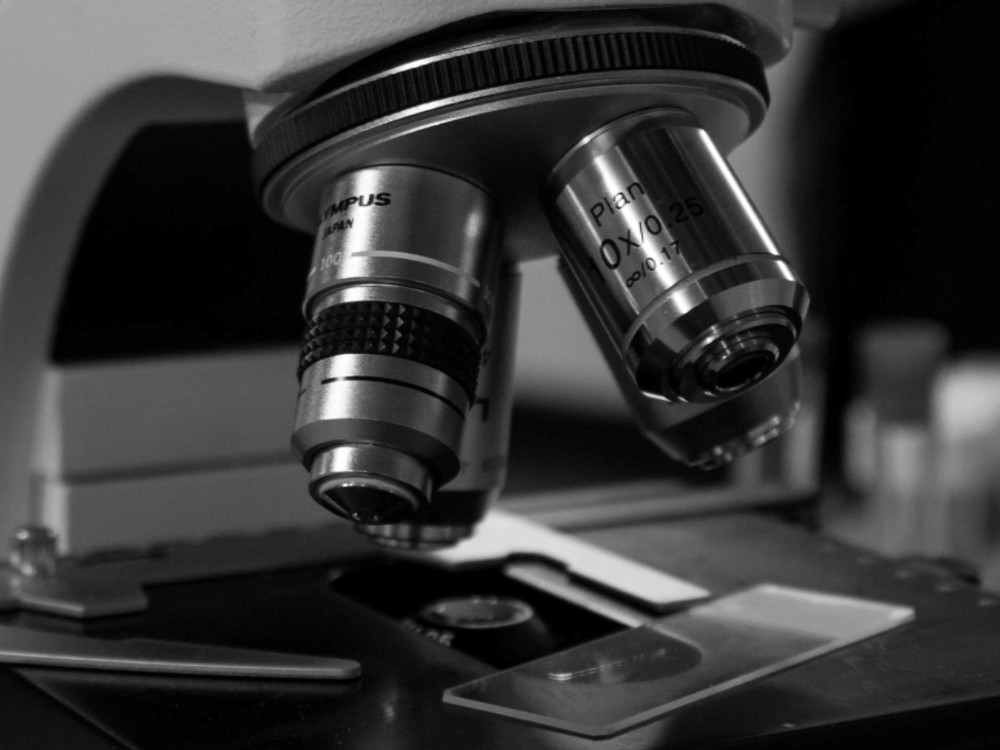 Image credit: From an image by Rabbit Hole Photograpy

A Researcher In Humans

At the Royal Court in the noughties, I was lucky enough to attend Stephen Jeffreys’ masterclass on dramatic logic. An edited collection of the late playwright’s teaching was recently published, and I read it with renewed appreciation of his craft. The book includes a section on Types of Play: autobiographical, zeitgeist, parallel-world, specific experience, researched, microcosm, verbatim, workshop, historical, form-led. I realised I had recently written a play covering all these categories. Nosocomial (‘hospital-acquired’) is about healthcare scientists. If you’ve ever had a blood-test, x-ray, eye or ear test, scan, angiogram, cancer treatment, hospitalisation or complications arising from infection — healthcare scientists were involved. They’re 5% of NHS staff, responsible for 80% diagnoses, though their work is barely recognised. This play came about by chance, evolved independently of any theatre; it was as much about process as outcome, and it changed the way I work.

I enjoyed science at school, but the great ‘A’ Level sorting hat sent me skipping down the Arts path without a backward glance. As a playwright I’ve doubled back several times. Firstly, for a commission to write about the ethics of genetic selection for Y Touring (now Theatre of Debate). The Gift, directed by Nigel Townsend, was the story of Annie, a promising footballer diagnosed with Friedreich’s Ataxia, and younger brother Ryan who battles for his right to be tested (and grows up to be a geneticist). I had long discussions with geneticist Professor Bernadette Modell, and it was never a case of touchy-feely playwright meets hard-nosed geneticist. She offered sensitive insights on character motivation. We ploughed our own furrows of life and death. I was reminded of what Greek dramatists called ‘hamartia’, or tragic flaw, in this case a rogue gene. The drama was constructed around choices made by family members over generations in response to their genetic ‘destiny’. Is their future inevitable? Or subject to intervention? The more I wrote drama based on medical science, the more I noticed these fleeting, parallel similarities within the structures of narrative and disease.

For television, I wrote several episodes of ITV’s Where The Heart Is, about district nurses. I had a short stint on BBC’s Holby City, fleshing out guest characters just enough for us to care when they were fed into the grisly conveyor belt of long-running hospital drama, but not enough for it to matter if they didn’t come out the other end. Perhaps I recoiled from Holby because by then I had cared for, and lost, people in my life. After the sudden death of a friend with cancer I couldn’t watch TV drama at all. Only opera. La Traviata by Giuseppe Verdi. La Bohème by Giacomo Puccini. High stakes, boundless grief. Yet even as I was moved by the enormity of illness and death, I thought about healthcare professionals for whom such tragedies are work; for whom the ‘what happens’ is not of characters, but bodies. How can one dramatize the whole picture?

In Every Good Boy Deserves Favour (1977) by Tom Stoppard, Soviet dissident Alexander Ivanov is detained in a mental hospital until he admits his mental illness (criticising the government). Roommate Ivanov is a schizophrenic who believes himself the conductor of a symphony orchestra; in production a full orchestra plays onstage throughout. The Wonderful World of Dissocia (2004) by Anthony Neilson is brutally divided between the unnerving kaleidoscope Lisa experiences through dissociative disorder, and the sectioned sedation of recovery. Both plays hold illness and wellness in uneasy balance, and ‘what happens’ is not simply stories, but moment-to-moment physical experience. To misquote Mies van der Rohe, form follows dysfunction.

My radio play Euston To Whitechapel (2015) was my second attempt to do this (my first, a commission for NT Education, was rejected as un-performable). With radio, your work is staged in the listener’s head, so – with an excellent director as I had with Celia de Wolff – moment-to-moment sensation can become dramatic action. The play interwove two 45-minute journeys; paramedic Corinne transporting an emergency patient, and taxi driver Marshall confiding his life-story to a passenger. In fact, they are together. Marshall’s injured brain scrambling memories of the road, peripherally aware of Corinne’s attempts to save him. I interviewed neuroscientists, taxi drivers and paramedics, to design narrative and medical crises simultaneously.

‘Never write to commission’ David Hare once told me (and other young playwrights at NT), ‘write what you want and get it on’. Though I try to balance commissions with following my nose, all my previous science-related dramas were commissioned; I needed permission to ‘do’ science. I admire Caryl Churchill’s ability to birth conceptual dramas perfectly formed from radical ideas that fascinate her. As a playwright it’s easy to get bullied off subjects that interest you by market forces. But that’s how Nosocomial came about. While researching a commissioned play on antimicrobial resistance, I met Dr Elaine Cloutman-Green, lead healthcare scientist at Great Ormond Street Hospital, and visited her lab with that play’s director. I was spellbound by the pursuit of bacteria and viruses through the body, by ‘standard operating procedures’ calibrating lab actions to identify disease. I left the lab thrilled by dramatic challenge, but my director said, ‘We can’t use any of that; it’s just people in white coats’. This left the way clear for Dr Cloutman-Green and me to decide to have a go; Elaine was keen for healthcare scientists to see themselves represented, and equally importantly, she enjoyed theatre, and loved experiment.

Over summer 2018 we ran three workshops on GOSH roof terrace with healthcare scientists and biomedical scientists from various London hospitals. Initially wary, they came willing to listen. There was buffet, there were cakes. There was wine. We started to talk. About what it feels like in the lab, processing tests and being the first person to know a child has cancer; that this man is in remission; that woman is dying; what it feels like as a healthcare scientist experiencing your own onset of symptoms when you know what it might be. A conversation which started with one scientist and one writer, interested in one another’s ‘worlds’, thus expanded over the summer as the play crystallised. Between sessions I sketched structure, scenes and draft. In sessions, healthcare scientists and later actors, designer and composer experimented with them, growing a shared world.

If I had expected a story cultured from science (rather than embellished by it) to be simple or straightforward, I was wrong. I learned that there is nothing one can create in fiction that does not exist in life. Auditory hallucination, distorted perception of time and place, visitation by angels? All of this and more they had encountered with their patients. Or themselves. Lab workers are ten times more likely to pick up viruses and bugs. They routinely test their bloods during flu pandemics. One participant, Vicki Heath, returned from the Ebola task force in Sierra Leone carrying antibodies for Ebola in her blood; it meant she had been exposed to Ebola, though had not developed it. Her own blood became her lab’s ‘control’ sample.

Nosocomial is science fiction. It tells the story of a healthcare scientist Jo who becomes ill during a nightshift testing samples from a suspected measles outbreak. Conjunctivitis leads to encephalitis, as infection from her tired eyes migrates to her brain. Disorientation and hallucination follow rapidly. The play unfolds partly inside her hallucination where she believes her hospital is in lockdown as it was during the 7/7 terrorist attack, only this assault is biological; meanwhile lab colleagues struggle to accelerate their protocols to diagnose and save her. Returning to Stephen Jeffreys, our play did indeed comprise specific experience, research, verbatim, workshop, autobiographical, historical, microcosm, form-led, zeitgeist, a parallel-world. It was performed at Camden People’s Theatre during September 2018, and in March 2019 site specific performances ‘popped up’ at the CSO Conference, and headquarters of NHS England. We won an award from the Chief Scientific Officer of NHS England — the first time a drama has been recognised.

How has it changed the way I work? It’s taught me that process can be as important as outcome, because – just as the cumulative choices of your story’s protagonist determine the ending – how you get there determines where you go. Nosocomial reminded me that drama arose as a communal artform, to represent as well as entertain the audience. Stories. Told and embellished among people gathered over food and drink. Drama as we know it evolved in ancient Greece as the projected representation of collective fears and conflicts, which amplified individual stories to spark political debate. Drama is something we need. Not simply as a commodity which adds to national GDP, but as a universal conversation of ideas and imagination in which we are all audience, and all involved. The writer and the scientist work on the same problem, albeit with different tools. To understand what happens to us, in life. As Alex, another healthcare scientist participant in our workshops explained, ‘I’m a Researcher in Humans’. It’s a job description I’m proud to adopt.

Nicola Baldwin is a playwright and scriptwriter. Her recent work includes We the Young Strong. She is an inaugural 2019–2020 Creative Fellow at UCL, and 2019 MGCfutures bursary recipient for Woman From Mars, a new play about astronaut Helen Sharman. 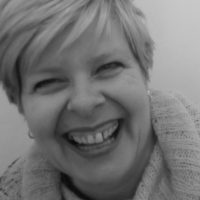 Nicola Baldwin speaks with Amanda Whittington about the distinctive nature of radio drama, how the unique demands of the medium shape her writing, and why radio offers a radical way to tell stories by, for and about women’s lives. 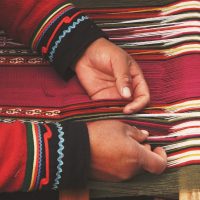 Helena Drysdale explains how a family connection and a difficult recovery from cancer led her to Greece and to considerations of imperialism in travel writing.

Nicola Baldwin notices the absence of playwrights taking up Artistic Director roles in theatres, and explores the potential advantages of a “roll-your-own” theatre company.

Lisa Evans: Creative Collaborations
Lisa Evans reflects on her lifelong journey to professional playwright and the value of collaboration at the heart of her career.
About
Collected is a weekly series of articles by RLF writers.