When I first visited the Bethlem Royal Hospital archives, about ten years ago, I felt a thrill of fear. I knew I wanted to write about the artist Richard Dadd, who was incarcerated there for around two decades in the nineteenth century. But as a novelist it seemed presumptuous to write about a real person, particularly one with such a tragic destiny. Of course, the characters you imagine into novels feel real — but there is a difference. Kipling said biography was the higher cannibalism; I wanted to be a responsible cannibal. But although I had read everything that had been published about Dadd, I still couldn’t hear his voice.

In 1843, at the age of 26, Dadd, a promising young artist, murdered his father and was committed as a criminal lunatic for the rest of his life, first in the Bethlem hospital in Lambeth – the historical ‘Bedlam’, where the Imperial War Museum is now – and then in Broadmoor. I was moved by the story of this sensitive man, who somehow managed to carry on painting and drawing until his death in 1886.

The hospital moved from Lambeth in 1930 and is now in Monks Orchard, near Beckenham in Kent. There, in a small, temporary building outside the main hospital, the Bethlem archivist, Colin Gale, laid out various documents for me, including the huge register the nineteenth-century patients signed when they first entered the hospital. It also contained a dispiriting account of their progress, or lack of it, in an age when physicians did not think it necessary to make detailed notes. ‘No change’ was considered an adequate description, month after month.

Online resources and microfiches are invaluable tools for researchers but nothing beats the excitement of holding a volume that would have been touched by the person you’re trying to imagine. I wanted to know what kind of routine Dadd would have had during his years in the hospital. I saw the records of the food he and the other inmates would have eaten in the 1850s, the decade when the first two novels of my Bedlam Trilogy are set. And, in a small gallery attached to the archive, I saw paintings and drawings by former inmates of the hospital, including Dadd.

In the 1850s the resident physician and superintendent in the hospital was William Charles Hood. He was a great reformer whose 1854 pamphlet, Suggestions for the Future Provision of Criminal Lunatics, Colin showed me. Hood’s voice – intelligent, passionate yet obsessed with statistics and class – came over strongly. He worked tirelessly to improve conditions in the hospital. He removed bars from the windows, banned the use of mechanical restraints, furnished the wards with books and pictures and encouraged patients to occupy themselves. He and the other doctors collected Dadd’s work and encouraged him to paint — so, amongst other things, Dadd’s story is an example of art therapy avant la lettre. Dr Hood also campaigned to close down the grim and overcrowded wing for criminal lunatics. After years of patient letter writing to the authorities Hood finally managed to transfer Dadd and about forty other lunatics from the horrible, dungeon-like Home Office-administered block to a comparatively peaceful ward inside the hospital.

In 1857, the year in which my novel about him is set, Dadd had just moved to this light and airy ward, overlooking gardens. He was given studio space and, in these improved conditions, began work on two of his best paintings: Contradiction, which Dadd gave to Dr Hood, and The Fairy Feller’s Master-Stroke, which he gave to the Bethlem steward, George Henry Haydon. Touching those documents and seeing Dadd’s work in the intimate little gallery finally gave me the courage to attempt to give him a voice.

While I was writing The Fairy Visions of Richard Dadd I saw a Tate Britain exhibition of the apocalyptic work of John Martin, whose brother Jonathan set fire to York Minster in 1829 because God told him to. I had already seen Jonathan’s strange drawings in the Bethlem archive and I decided that the third volume of my Bedlam Trilogy, King of the Vast, would be about John Martin and his brother. So, in 2011, I returned to the Bethlem Archives, where Colin let me study Jonathan’s drawings. His London’s Overthrow is a kind of pastiche of his brother’s immensely successful Fall of Nineveh.

Jonathan might have been hanged as an arsonist if his brother had not paid for a leading barrister to defend him. (Henry Brougham, who later became Lord Chancellor, got Jonathan off on a plea of insanity despite his client’s magnificently logical insistence that he was not mad, because God would not have taken a madman to do His work.) He remained in Bethlem as a criminal lunatic until he died, at the age of 56, in 1838. As a celebrity lunatic he was given his own room but conditions were much harsher then than during the latter part of Dadd’s incarceration two decades later. Jonathan was chained much of the time. He wrote that he managed to draw despite having ‘a pound of iron on each hand, bound to my loins with seven pounds more.’

Bethlem’s steward, George Henry Haydon, appears in all three of my novels. For a long time he remained shadowy to me. But amongst its many functions the internet is a detective agency and I was lucky enough to find a PhD thesis about him written by a descendant, Katherine Haydon. From this I learned that when Haydon was young he went to Australia as an explorer and was a good amateur artist and cartoonist who contributed to Punch. He was married and, like Dr Hood, lived in the hospital. These details brought Haydon to life. And just before I finished writing King of the Vast the Bethlem Archives came to my rescue again. On their website I discovered that this sympathetic and humane man had a sister, Anna Maria, who was an inmate in the hospital for 33 years, which probably explains why Haydon stayed there as steward from 1853 until 1889. This fact energised my fiction and gave me my ending.

There is now more interest than ever before in the art of Richard Dadd. Two of his paintings, The Fairy Feller’s Master-Stroke and The Flight Out of Egypt, currently hang in Tate Britain and are generally recognised as masterpieces. During his lifetime nobody took his work seriously but at last we are beginning to understand that the art of the mentally ill can be important. The temporary building I first visited ten years ago has been replaced by the Bethlem Museum of the Mind, which was formally opened by Grayson Perry in March 2015. It is housed in an elegant Art Deco building in the grounds of Monks Orchard. There’s a fascinating permanent collection as well as the archive that was so invaluable to me. The remarkable artworks that used to be squashed rather claustrophobically into one tiny room now have space to expand and breathe.

Miranda Miller’s The Bedlam Trilogy will be published in one volume in 2017.

Miranda Miller: Double Vision
As a writer of historical fiction, Miranda Miller has long been accustomed to seeing the world in duplicate, both as it exists in the present and as it once existed in the past. For her, walking around London or Rome involves a kind of ‘double vision’, allowing her to see each place in its current and former incarnations. 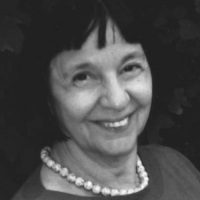 MIranda Miller works to finish a novel, visits an exhibition related to an old one, and considers whether she wants to ‘be a brand’ in the brave new world of 21st century publishing, in her audio diary.

We also feature two recent pieces from the Vox section of our website, 'Letter to my younger self', from John Greening and Mary Colson. 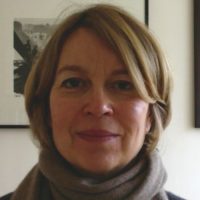 Jane Rogoyska speaks with Frances Byrnes about being drawn to her father’s homeland of Poland, telling hidden stories from that country’s brutal history, and how the frustrations of film production drove her to writing.